It’s not very often that my research requires me to get involved with something as interesting as archeology, but in tying up some last pieces for my new book The Vitality of Influence: Alan Hollinghurst and a History of Image (Palgrave Macmillan, early 2014) I have found myself tracking down archeological digs in some surprising places. 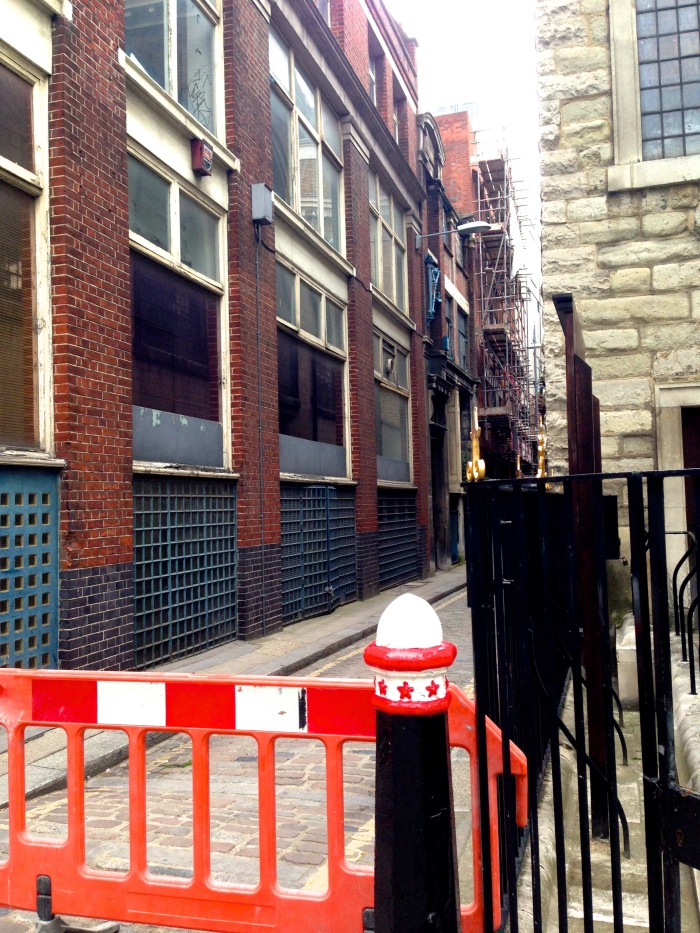 At the centre of Hollinghurst’s 1988 début The Swimming-Pool Library is the grand home of Lord Charles Nantwich, which is somewhat awkwardly hanging on in the City of London as the last reminder of a very different time.  One of the most fascinating features of Charles’s house is that it is covering the remains of a Roman bath, which serves as one of the points of reference for the novel’s paradoxical title.

Hollinghurst tells us quite specifically that Charles lives on Skinner’s Lane, and not just any Skinner’s Lane, but the one off Upper Thames Street not far from St Paul’s in the City.  And as it turns out, there is a reason that Charles’s house has been located here.  In 1964, an excavation unearthed the ruins of a 1st century CE Roman bathhouse at Skinner’s Lane. Part of a large complex of buildings that stood for perhaps as long as 200 years, the excavation site would be extended further into Queen Victoria Street through subsequent excavations in 1969 and 1987-1988, finally revealing the impressive scale of the bathhouse.  These ruins showed considerable later renovations, including a medieval cellar constructed from the fragments of Roman tiles that had once lined the baths below.  And these aggressive renovations would continue, when, in 1988, the ruins were built over and made inaccessible during the rapid development of the City.  A Scheduled Monument Consent has protected the integrity of the site but not assured its accessibility.

These most recent renovations were, therefore, underway while Hollinghurst was writing The Swimming-Pool Library, and seem to have provided at least some inspiration for this major setting within the novel.  Yesterday I went to Skinner’s Lane and found it under construction yet again.  Both ends are blocked off by barriers, and the gentle refurbishment taking place on street-level is disguising the fact that several meters beneath lies a maze of baths and tunnels that would inspire one of the most important British literary debuts of the 1980s.

View all posts by Allan Kilner-Johnson

One thought on “Alan Hollinghurst and Some Archeological Digging”